Yorkshire Profiles Ltd was founded in 2001 by Martin Halliwell as a small waterjet cutting sub-contract business. The business started as literally a “one man and his dog” enterprise and quickly gained a large customer database in the North Yorkshire region.

“I left a secure job to build on an idea. All I had was a second-hand van, a rented unit with no lights and a chalk outline of where my first machine would go. It was daunting but I was sure I could make it work.” – Martin Halliwell

The first waterjet machine the company owned was unreliable and produced inaccurate parts. They say most new start ups fail in the first three years and these problems could have brought a swift end to Yorkshire Profiles. Through sheer determination the business fought with the supplier of the machine until being able to send it back as defective in design.

“I would spend all day fighting with the machine to produce a £20 component. At the end of the day I would then have to travel across the country to borrow the manufacturers machine to get some more parts cut to keep the doors open the next day.”

A new waterjet machine was purchased from a different supplier (WaterJet Sweden) which had twin head cutting capabilities. This did more than just double the capacity of the business, it allowed Yorkshire Profiles Ltd to finally provide accurate parts (within +/- 0.1mm on tolerances).

With the increased reliability of the new waterjet cutting machine it was possible to run a 24/7 production operation. Thick plates could be left cutting unmanned overnight with the finished parts to take off the machine in the morning ready for the customer to collect. 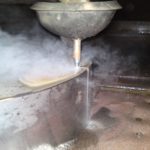 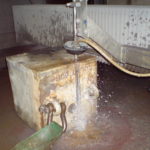 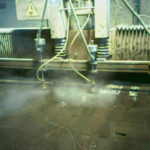 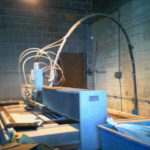 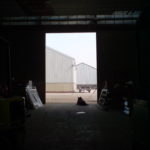 The company German Shepard (Mr. Anderson) had a well trained ear for the waterjet machine and would inform Martin of when something was about to go wrong.

Unfortunately, Mr Anderson passed away and was not to be replaced within the business.

The company was quickly gaining ground with financial stability and an expanding customer database. The first employees were hired to handle the ever increasing workloads. Martin’s wife (Karen) joined the workforce in 2004, so did his son (Matthew) in 2007 turning Yorkshire Profiles Ltd into a family run business.

“I started out as a machine operator within the business. Outside of my initial job role, I used my IT skills to develop new ways of processing orders in the workshop and a stock control system. From there I just kept on adding new systems until all aspects of the business had been covered. We applied for ISO9001 and passed certification within weeks as a result.” – Matthew Halliwell

New team members are continually informed of targets and the companies three main goals. Affordable prices, accurate parts and fast turn-around. If any of these three goals are not achieved, any member of the Yorkshire Profiles team will do whatever it takes to put it right. As part of the implemented ISO9001 structure, the competence of all employees is frequently reviewed and training provided as required.

The downside to just having one waterjet was that lead times were getting longer as more customers realised Yorkshire Profiles supplying potential.

The family decided the recession would be an ideal time to expand further and a top of the range laser cutting machine was installed. This has been a huge success for the business and the workload has been increasing exponentially in the following 12 months since the expansion. This lead to more people being employed and a physical expansion of the company, again doubling in size in terms of floor space.

The laser allowed Yorkshire Profiles to keep lead times down on Mild steels, Aluminiums and Stainless Steel parts and by transferring work from the waterjet to the laser, waterjet lead times became reasonable again as a result.

With the increase in profiles being produced, there was more demand for the company to enter the metal fabrication market. More clients were requesting a “one stop shop” for goods and the family decided it would be wise to accommodate. 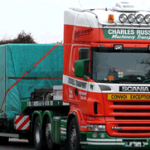 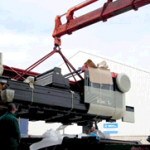 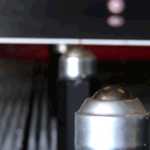 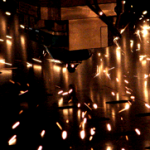 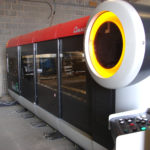 The development in laser technology meant that the company decided to retire the waterjet cutting service in 2014 and to replace it with a new fibre laser automation system. With the automation system and the continual development of internal systems, Yorkshire Profiles has been able to supply large volumes of finished components on short-lead times many others would struggle to provide.

“The beauty of having programing skills, is that we can develop software in-house that is not only bespoke to this industry, but is unique to our company. I can guarantee, there is no other company which has a system like ours.” – Matthew Halliwell

With the expansion of the business, Amy (Matthews wife) joined the business as a Quality Assurance Co-ordinator, having the important role of ensuring that the quality systems are developed further and successfully maintained. 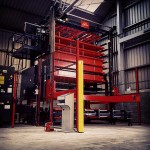 Automation tower ready for use. 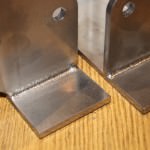 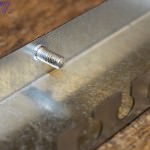 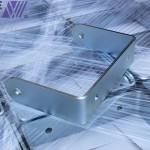 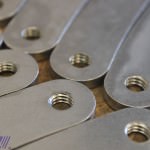 The 3rd generation of fibre lasers are faster, more efficient and amazingly consistent in their quality of cut.

The team continues to grow and profit sharing was introduced to ensure employee retention and focused objective based thinking.

The Helix system was further developed into HelixONE, an entirely cloud based system that allows managers and employees alike to share information seamlessly whether on-site or not. The automation of administrative roles means more time is spent on actual production and efficiency enhancing tasks.

Yorkshire Profiles continues to expand on its achievements and now has multiple CNC machines for cutting, folding and fabrication of parts and assemblies.

The company now deals with customers nationwide and is keeping its promises for accurate parts, affordable prices and quick turn-around times. From local hobbyists to multi-national companies, the company is able to cater for all forms of metalwork requirements including bulk contract orders.

As the Company has a passion for being ahead of the curve, investments in Industry 4.0 technologies are already taking place. Make sure to follow our blog to see our progress.

or email the team directly at:
sales@yorkshireprofiles.co.uk

Register for an online account and you can create your own quotes instantly, 24/7! If it's just flat profiles you require, you can use this service to place orders today.

This website uses cookies to improve your experience while you navigate through the website. Out of these, the cookies that are categorized as necessary are stored on your browser as they are essential for the working of basic functionalities of the website. We also use third-party cookies that help us analyze and understand how you use this website. These cookies will be stored in your browser only with your consent. You also have the option to opt-out of these cookies. But opting out of some of these cookies may affect your browsing experience.
Necessary Always Enabled
Necessary cookies are absolutely essential for the website to function properly. This category only includes cookies that ensures basic functionalities and security features of the website. These cookies do not store any personal information.
Non-necessary
Any cookies that may not be particularly necessary for the website to function and is used specifically to collect user personal data via analytics, ads, other embedded contents are termed as non-necessary cookies. It is mandatory to procure user consent prior to running these cookies on your website.
SAVE & ACCEPT
Yorkshire Profiles Ltd